Located in the picturesque village of Cassis, this exceptional property is one of the largest and most prestigious on the French Riviera.
This exceptional 9-bedroom villa, totally renovated in 2017, is nested on a private 60 acres domain with direct access to the sea and offers breathtaking views from its 500 sqm terrace. This exceptional house and unique setting make it one of the perfect choice of French wedding venues.

Formerly a hotel, which welcomed Virginia Woolf in the 20’s, the villa of 600 sqm was entirely renovated in 2017 and combines modernity and simplicity along with high level comfort and technology. The four reception rooms on the sea and the nine bedrooms can comfortably welcome up to twenty guests. The huge terrace of 500 sqm overlooks the beach of the arena with turquoise waters, accessible on foot by a private road. The property has a large heated swimming pool (13m) and an orangery of 160 sqm. It will take you less than 15 minutes by foot to reach the village and the charming port of Cassis.

This exceptional property is nowadays a fully serviced mansion available for weekly rentals and perfect for intimate weddings, so why not see if this could be your perfect French wedding venue!

The mansion only accepts a few weddings or private receptions per year and thus some strict conditions apply:
• The price is for a 4 to 7-night venue (one week minimum rental for all weddings above 80 guests as of 2022, as well as for all weddings between mid June and mid September)
• Maximum of 140 guests. The prices listed above include a venue hire charge depending on the number of events and guests per event
• Wedding planner requested
For weddings above 50 guests, only the guests sleeping on the premises can enter the house during the wedding. In case of bad weather a marquee has to be organized.

Please get in touch if you would like some more information about this venue and we will be more than happy to help. 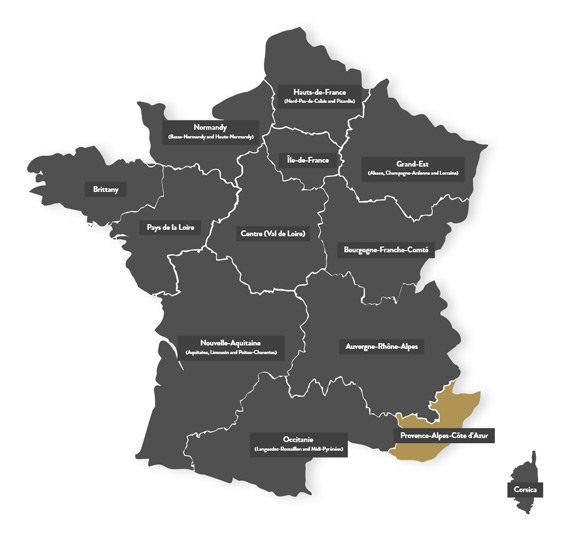 This is quite possibly one of the most spectacular locations on earth. You may have seen celebrity weddings taking place here and you may have even seen huge yachts taking off from St Tropez, but now it is possible for you to have your very own wedding here as well.

The five-star hotels that are in this area are not to be missed and this is actually one of the most sought-after wedding destinations in the world. It’s important to know that this is the main hub when it comes to country roads.

The French Riviera is not only Saint Tropez though! The coast between Nice and Marseille is also well known for its charming and picturesque villages such as Cassis, Sanary, les Goudes, Giens, Hyères, Bormes-Les-Mimosas and Cagnes sur Mer. However, if you would prefer to get married in a field of lavender, or if you want to have an idyllic rural setting that will really make your big day magical we suggest you have a look at the most famous villages in the heart of Provence such as Gordes, Roussillon, Tourtour, Eze, Saint-Paul de Vence. This is easily one of the most picturesque locations in France, and even though it may not be rich in architecture, it certainly makes up for it when you look at the stunning sights that Mother Nature herself is able to provide. The wedding venues in this area are just as spectacular, and if you choose the right spot, you may not even have to decorate. It really is that beautiful to look at.

You can speak to us in: French, English, some Spanish and German

1. Search for your perfect venues

×Need help? Ask one of our experts...